Dale Jamieson and the Ethics of Climate Change 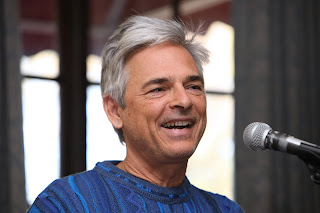 Dale Jamieson, a Director of Environmental Studies and Professor of Environmental Studies and Philosophy at New York University, visited Rice University in January to discuss energy from a philosophical and ethical standpoint.  His lecture emphasized the ethics of climate change, introducing the idea of the “collective action problem”.  The “collective action problem” states that climate change, as a huge, complex occurrence, needs community agreement and an active involvement by every member in order to slow down its progression.  Jamieson argued that our current value system breaks down when faced with a broad problem like climate change, a value system which evolved in low-population density and low-technology societies around the rise of capitalism and modern science.  At that point in time land and other resources seemed unlimited.

Jamieson argued that the conception of responsibility in our value system is especially ill-equipped to deal with the problem of climate change, as it assumes that there is one thing that causes harm.  If a bike is stolen, the person from whom the bike was stolen has suffered harm, and the robber is clearly responsible.  However, this conception of responsibility cannot apply to climate change, as climate change doesn’t have one cause, and is not situated in any one place and time.  People as a whole contribute to the problem over many years, with small actions that build up due to the millions engaging in them.  Jamieson also talked about the two cultures problem, in which two epistemologies, evidence-based vs. belief confirmation, exacerbates the problem of general scientific ignorance. He also mentioned that people often do not realize that the uncertainty in climate science is not uncertainty that it is occurring, but an uncertainty about predictions.

Another element in our value system is the concept of economic efficiency, a value which Jamieson perceived as also breaking down once it is applied to climate change.  Capitalist society as a whole values economic efficiency because it traditionally means well-functioning, self-sustaining and profitable economic systems, which in turn means a better standard of living.  However, Jamieson argues that crowning economic efficiency as the most important and forefront value is short-sighted when viewed in the terms of climate change.  It is important to consider that there are different assumptions about what the risks are when viewed from the standpoint of economic value, as opposed to the standpoint of environmental or ethical values.  When the latter values are considered, problems such as the conservation of biodiversity, the preservation of natural resources for future generations, and the distribution of natural resources across international borders comes into play.

The difficulty in recognizing all these aspects perhaps explains what Jamieson called the failure of “The Dream”, the period of 1992-2009, the beginning of which heralded the birth of the Earth Summit, a United Nations conference held in Rio de Janeiro which addressed climate change and conservation issues.  In the beginning of this time period of the early nineties, with the fall of the Berlin Wall and end of the Cold War, capitalism seemed to have defeated communism.  A global bargain addressing international concerns was thought to be possible.  “Our Common Future”, a report released from the World Commission on Environment and Development embodied this new sense of possibility, along with its concluding “Call to Action”.  However, perhaps due to the aforementioned cognitive complexity of climate change, as well as the cultural and institutional problems which made it difficult to frame the problem in a meaningful global context, “The Dream” did not prove to be as fruitful as hoped.  The cultural and institutional problems included the fact that the United Nations itself is a weak international institution.  A strain of denialism when the realization that slowing down climate change necessitates radical changes in lifestyle and large economic consequences likely contributed to obstructing meaningful action as well.

As an alternative to the current value systems that obstruct meaningful action to slow down climate change, Jamieson introduced the Buddhist ideas of universal compassion, which stresses the inter-dependency between ourselves and others.  Instead of othering those who live across borders or adhering to localist, regionalist and nationalist values, it would benefit ourselves to change the scale of our community, which in turn would fundamentally change the value claims that we can make.